Another great highlight of 2019 was to be invited to speak at a roundtable discussion on filmmaking at the 30th Annual New Orleans Film Festival. This film festival is truly one of my international favorites. I am familiar with what is involved with putting this festival together, by the amazing staff and board who work tirelessly to achieve the highest level of excellence. 232 visionary, thought provoking films were carefully curated which ultimately made up this festival. 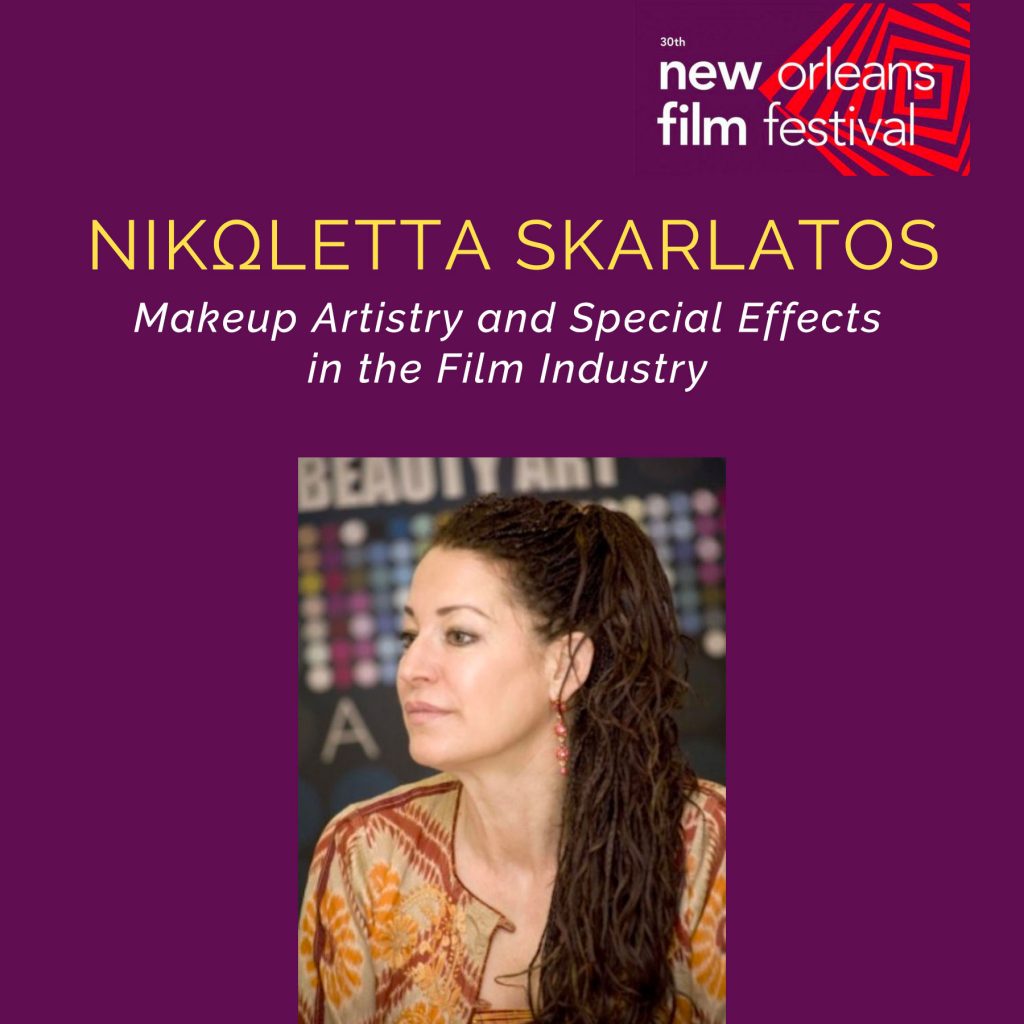 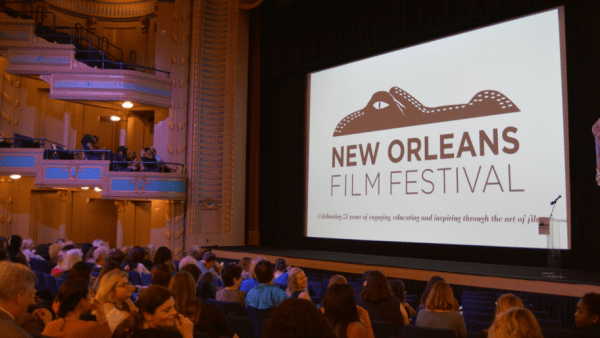 Step and repeat with the beautiful Alexa Georgas who is an Honorary Board member as well as producer, her own film “Easy Does It” seeing its premier at the NOLA fest, and Texas based designer Joseph Shortell….. we had a ball. Every day and night there was something fascinating to learn, see, do. 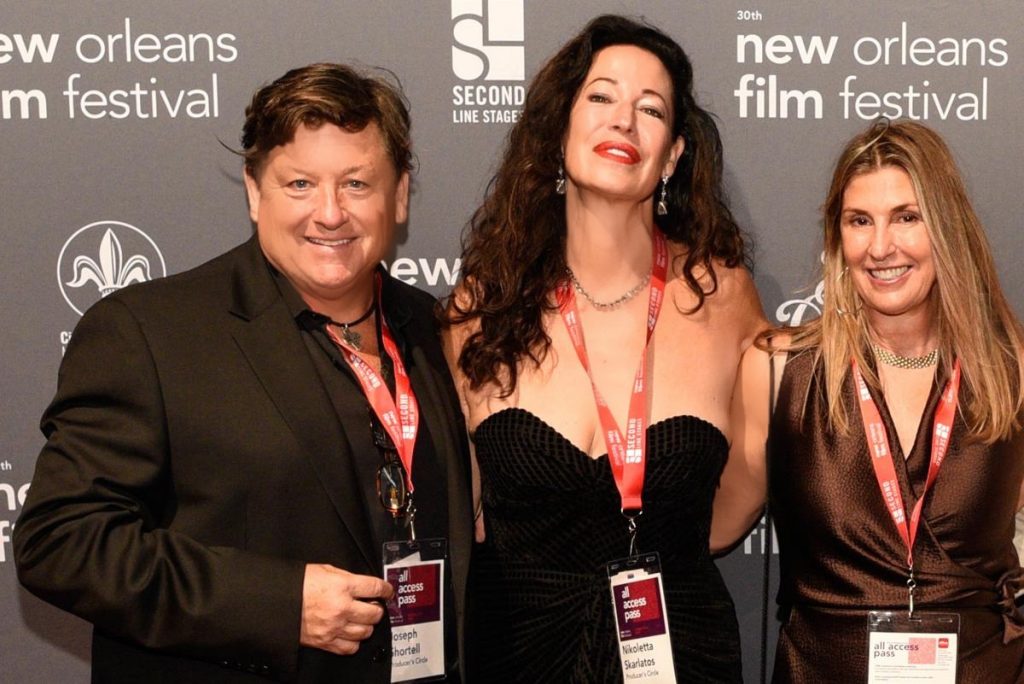 This year, selected filmmakers  also received $1,000 to go towards support for their project as well as for living, travel, and other expenses during this professional development experience. Really fantastic. 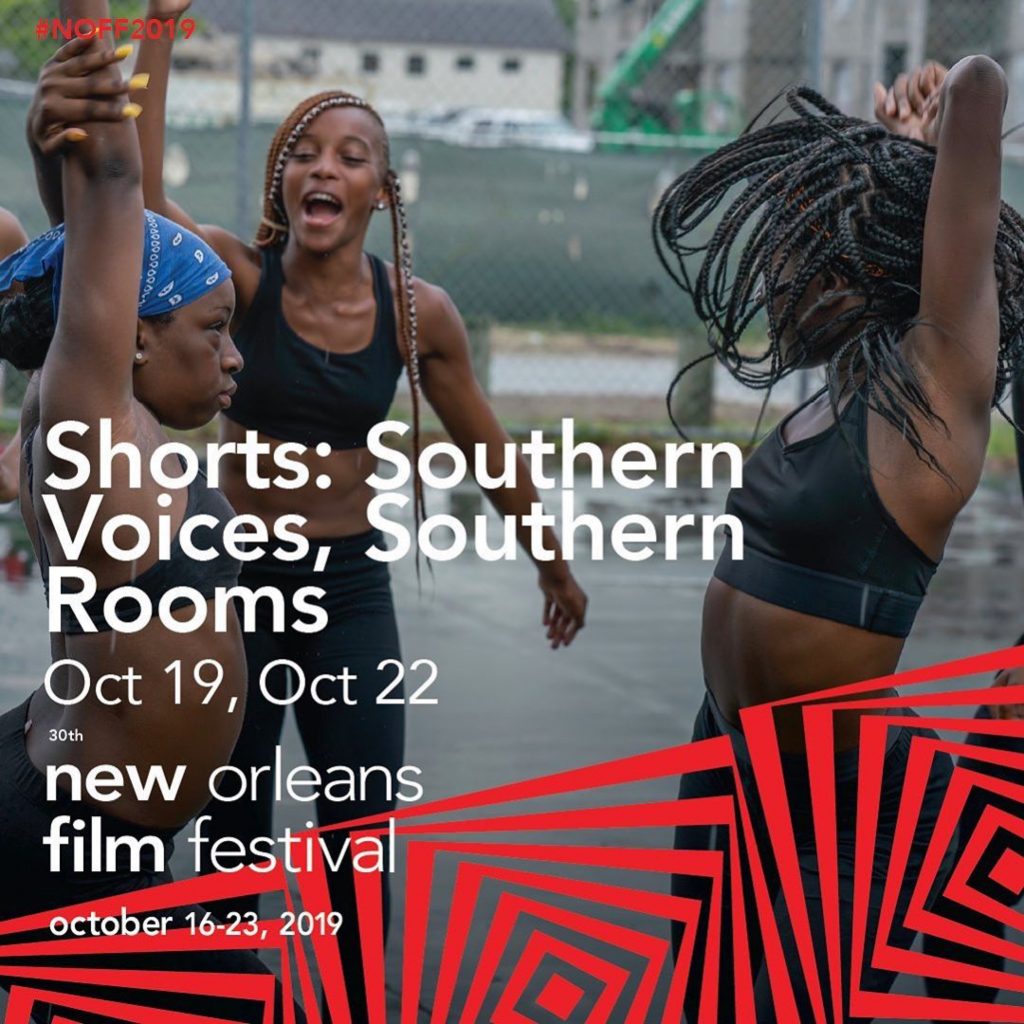 My roundtable discussion was originally slated for 45 minutes but lasted well over double that amount of time.  It was wonderful to interact with filmmakers on all levels  and discuss in depth what being a Makeup Department Head and Makeup Designer for film means on many levels:  from the aspect of design, to our “duties”;   including but not withstanding the following:

Breaking down a script, budgeting, scheduling, training staff, doing copious research, meeting with the Director, the Producers, the Actors,  the Costume Designer, the Heads of all of the Departments. Filmmaking is a COLLABORATIVE process.At the Production meeting we discuss in great detail what the entire project  will entail  to meet completion, and of course, our daily filmmaking activities.

During my roundtable, I spoke of a film that I had Designed and Department Headed which has been filmed in Louisiana: The Free State Of Jones.

In this example, I described how I was told to create a wound makeup on one of our principal actors, Mahershala Ai in just 45 minutes, on the spot. (A makeup of this nature would take approximately one and one half hours with the correct prosthetic pieces available and prepared in advance.).

This was a challenge as we did not have pieces on hand for our actor and had to improvise.  We succeeded in perfecting this makeup in 49minutes.  We were satisfied.  We are very familiar with the necessity to be able to perform under pressure, to be creative and to problem solve as economically as possible for all concerned.

Thank you Ann Maree Hurley, who assisted me with this makeup.

I had an exceptional makeup team, and I must mention Kris Evans, who is a brilliant makeup artist in her own right, and did magnificent work for this time period (the civil war): beautiful hair work. 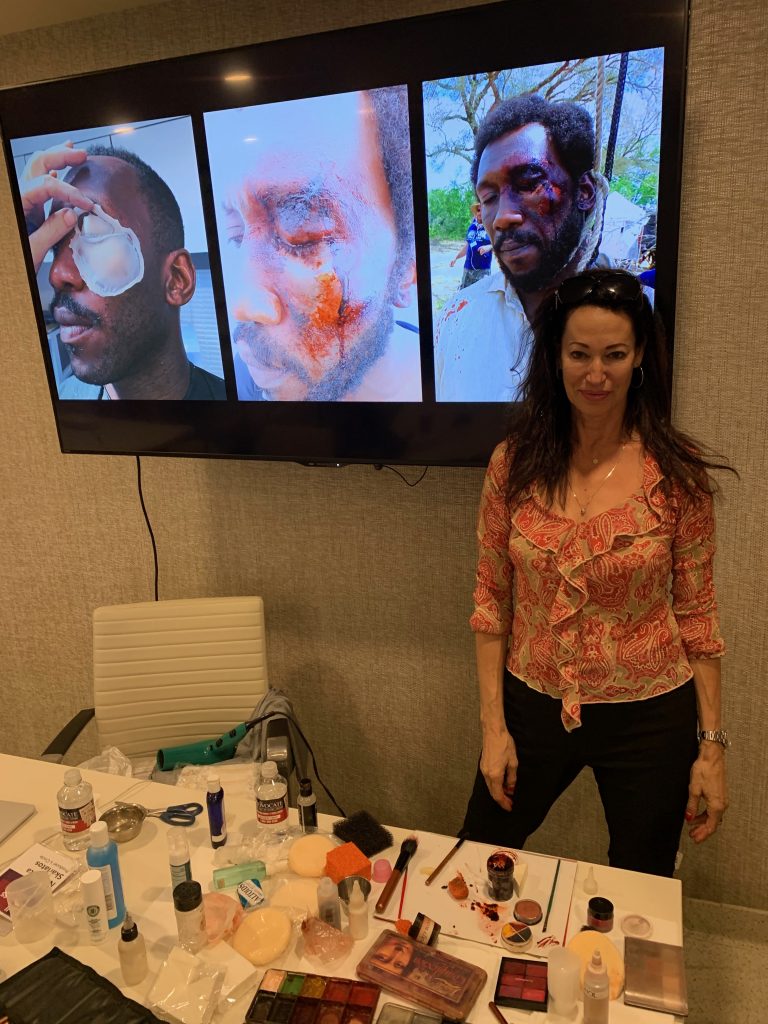 Another film that was JAW DROPPING for me was Jo Jo Rabbit. If you haven’t seen it on a large screen uninterrupted, I highly suggest to do it ASAP! What a brilliant creative mind has Taika Waititi, who wrote, directed, and starred in this tour de force. 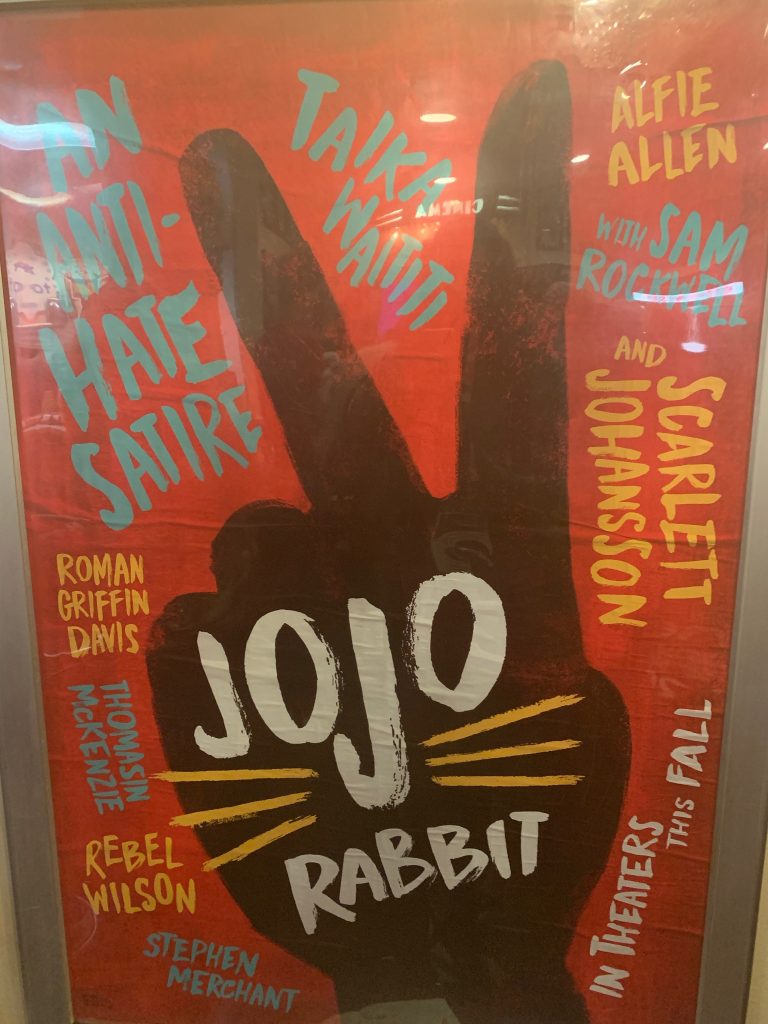 The film festival satisfied on every level, and NOLA shone ever bright as an epicenter of culture and creativity with 500 plus filmmakers from every corner of the works in attendance.

Thank you for having me share my career experience in this forum for growth and learning, and cultural acceptance.

Hats off to a hugely successful and enjoyable festival in the Big Easy!

Thank you especially to:
Fallon Young, Clint Bowie, Monika Leska, Jennier Samani, and ALL of the staff and board and honorary board members. Alexa Georgas and Jerry Armatis.

Until next year….. can’t wait! Keep following your dreams and they will become your reality!